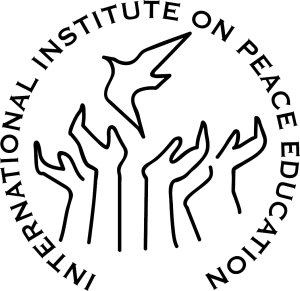 In 1982 the first IIPE was held at Teachers College, Columbia University.  It was organized by Professors Betty A. Reardon, Willard Jacobson and Douglas Sloan in cooperation with the United Ministries in Education.  Each of these professors, working in different fields and disciplines, came together to apply their collective knowledge, wisdom and experience toward a problem that threatened the extinction of the human race and all life on the planet – nuclear proliferation.  The first IIPE experience examined the practical and theoretical contributions of education to world order and nuclear and general and complete disarmament.  In doing so it addressed the political and personal dimensions of the task of disarmament, inquiring into worldviews, beliefs and attitudes that sustain and make possible a highly militarized system of global security.

From 1982 the Institute evolved in parallel to other developments in the peace research and peace studies fields and the work of the IIPE founder, Dr. Reardon.  Rather than an exclusive focus on disarmament education, the IIPE began to examine peace and violence more holistically.  Complementing this systemic and holistic view, the Institute organically developed into an annual, international program that is hosted, cooperatively planned and co-coordinated by a partner academic or non-governmental institution.  This internationalization of the IIPE enables it to be inclusive of the multiple, socio-cultural perspectives and concerns of peace and violence and exposes participants to a multitude of educational approaches and transformative pedagogies of peace that are practiced in different socio-cultural contexts.  Furthermore, it has enabled the Institute to be adaptive and flexible in its form and in the content chosen that frames each year’s program.

Below is a list of past IIPE host institutions, locations and themes where available. When underlined, reports are available for download in adobe .pdf format.

Theme:“Education for a Culture of Peace: A Human Security Perspective”
Co-Sponsored by: Ashta No-Kai (women’s literacy and development NGO)

Theme: “Education for Reconciliation and Reconstruction”
Co-Sponsored by: International Center for Solidarity in San Salvador; Culture of Peace Program, UNESCO.

Theme: “Education for a Culture of Peace”

Co-Sponsored by: University of Missouri, Kansas City, and Avila College.

Theme: “Education for Diversity and Democracy: Ethnicity and World Community”

Theme: “Issues of Race and Ethnicity in our Schools”
Co-Sponsored by: Suncoast Area Teacher Training Honors Program at the University of S. Florida.

Theme: “Emerging Approaches to Peace and Development”
Co-Sponsored by: The World Council on Curriculum and Instruction, WCCI Philippines Chapter; and Notre Dame University

Theme: “Peace Education: Now and for the Next Generation”
Co-Sponsored by: The faculty of Education, University of Alberta; Alberta Teachers Association

Theme: “The Earth in Crisis: the Ecology of Peace”
Co-Sponsored by: The United Ministries in Education; the Environment and Conservation Education Program of New York University; the Consortium on Peace Research, Education and Development; the International Council on Adult Education; Global Education Associates; and Educators for Social Responsibility NY Metro.

Theme: “The International Consultation on Peace Studies in Higher Education”

Co-Sponsored by: The Peace-Making, Militarism and Education Program of United Ministries in Education; the Peace Education Commission of the International Peace Research Association; and the World Council for Curriculum and Instruction

Please join the IIPE email list to receive updates and news of upcoming and future programs and events.